It’s no surprise that Strindberg’s 1888 tragedy Miss Julie has been adapted many times, including for the operatic stage. With a three-hander cast and one-act domestic setting, its themes of class and gender oppression continue to resonate, offering rich potential for contemporary social observation and comment.

Updating the story from servant exploitation by the aristocracy to immigrant-worker exploitation by the plutocracy, Juliana nonetheless has a strong sense of continuity with the past – not least in the markedly post-Britten soundworld and music-dramatic style of composer Joseph Phibbs and librettist Laurie Slade.

The score is brilliantly written, with a spaciousness and sure sense of timing that encourages Zoe Drummond (Juliana) and Felix Kemp (Juan) to fully vocally and dramatically inhabit their characters; at the same time allowing the equally excellent Rebecca Afonwy-Jones (Kerstin) to rise above the limitations of her witness role, and Nova Music Opera Ensemble to shine under conductor George Vass.

There is of course a long operatic tradition of cruelty, misogyny, violence and suicide being expressed through beauty, here embracing a translucent dissonance and (less comfortably) Latin dance. Indeed, the internal conflict that such a paradox produces in the listener can be highly effective in relaying such themes – and this is a slick retelling, with subtle nods to Stravinsky’s Rite in its Midsummer sex scene. Yet there is something disquieting about the seeming casualness with which Juliana’s sexual abuse by her father is added to a narrative that doesn’t quite critique the male power it confirms. 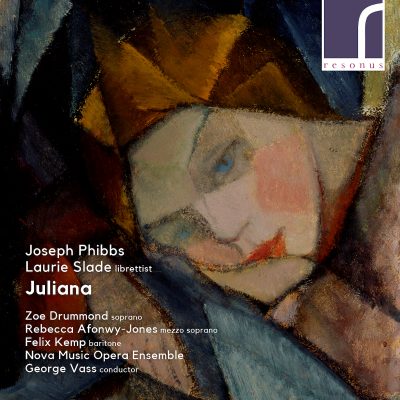