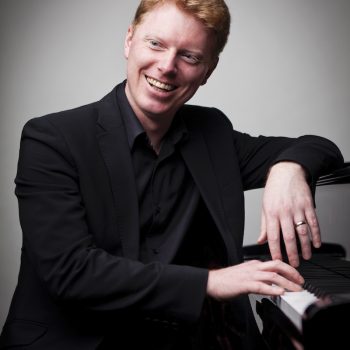 Tim Horton is one of the UK’s leading pianists, equally at home in solo and chamber repertoire. He is a founder member of both the Leonore Piano Trio and Ensemble 360 and has been a regular guest pianist with the Nash Ensemble. He was invited to make his solo debut at Wigmore Hall in 2016 where he will be giving further solo recitals in the coming seasons. Between 2011 and 2015 Tim presented a complete Beethoven Sonata cycle at the Crucible Studio, Sheffield for Music in the Round, and was invited to return to perform a cycle of Schubert Sonatas from 2017-2019.

With the Leonore Piano Trio, Tim has given concerts throughout the UK, Scandinavia, New Zealand and Europe. They have performed a cycle of the complete Beethoven Trios at King’s Place, London and have repeated the cycle at various venues since then. They have produced seven discs for Hyperion, including the complete Parry Trios and the Piano Quartet with Rachel Roberts. They have also recorded the complete Piano Trios of David Matthews for Toccata Classics. Future plans include further cycles of the Beethoven, Brahms, Haydn and Dvorak Trios and concerts at the Wigmore Hall and throughout the UK and Europe.

With Ensemble 360, a mixed group of strings, wind and piano that took up residency at the Crucible Studio in Sheffield in 2005, Tim has performed to great acclaim throughout the UK and abroad. The Ensemble presents an annual nine-day festival in May, in collaboration with Music in the Round. The Ensemble has also recorded discs of works by Mozart, Beethoven, Spohr and Poulenc.

He has performed regularly at the Aldeburgh, Bath, Elverum, Plush, Presteigne, Midsummer Music and North Norfolk festivals. In 2018 he was invited to curate two weekends of concerts at the Plush Festival in Dorset. The repertoire included music from Gesualdo, through Bach, Haydn, Beethoven and Brahms, to Stockhausen, Kurtag, Boulez and Michael Berkeley performed by the Fieri Consort, The Heath Quartet, Sir Andras Schiff and many close colleagues from the world of chamber music. In the previous two seasons of the same festival Tim worked closely with Oliver Knussen and Sir Harrison Birtwistle.