Strong and committed … an excellent production all round 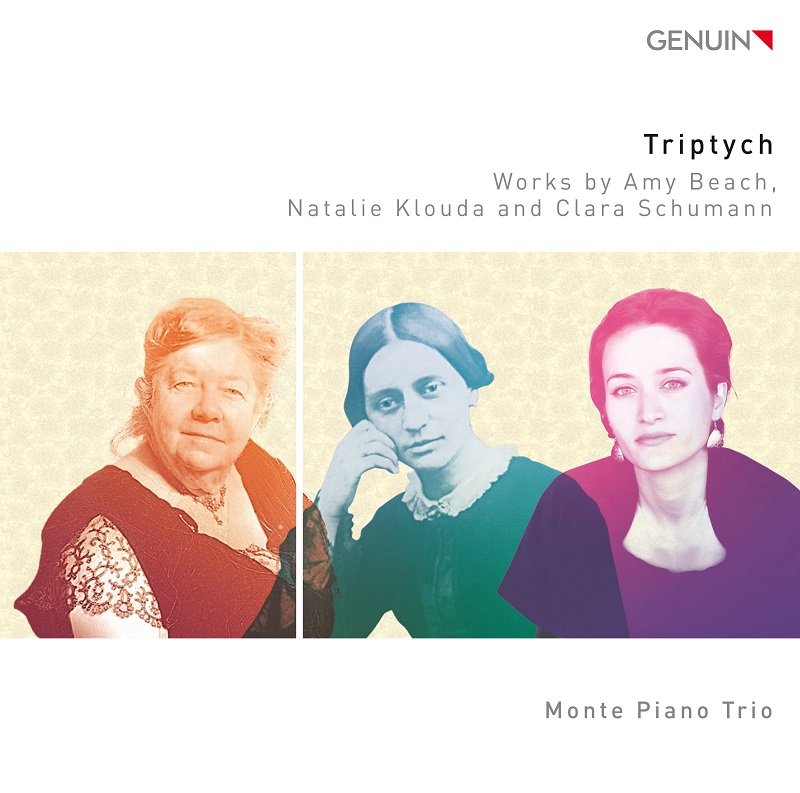 As the booklet points out, it is not that long ago that a disc featuring three women composers would have been met with derision and claims of a feminist agenda. Thank heavens times are a-changing. This disc presents three piano trios which can now be seen for their merits alone, and not just as a fad or a curio. These are works that not only present composers who are women, but composers who are shining examples in their fields and generations. The disc is entitled Triptych. This is not only a reference to Natalie Klouda’s piece, but also the three women, to the centuries when they were active, and the styles they adopted.

The disc opens with the rippling piano of the opening movement of Amy Beach’s Piano Trio in A minor … It is a late-romantic masterpiece of the genre in its own right, a relatively late work by a composer at the peak of her artistic output … This is a model of late romanticism and one to be enjoyed by all.

The pivotal work on this disc is the trio by the young British composer Natalie Klouda. It was commissioned for a concert series given in 2014 by the artists who perform it here. The concert featured music by both Clara and Robert Schumann, and by their friend Johannes Brahms. Klouda states that she took the three composers as inspiration for her own work, with the piano as the central aspect of each of the movements, just as it was the instrument of choice for the three composers … This is a fine work, one in which the thematic material is melodious and well developed, and one that sits well between the Beach and Clara Schumann. This seems to be the only work by Natalie Klouda available on the well-known online sites, but on this evidence, let us hope for more.

The Clara Schumann G minor Piano Trio is the best-known work here, and as such needs little introduction. It is strongly romantic and compares well with her contemporaries’ work. It could be argued that the writing, especially for the piano, is more developed and advanced than her husband Robert’s. Needless to say, it is often regarded as the finest piano trio by a woman, when in fact it should be regarded as one of the finest trios of the whole romantic period.

I have a number of recordings of this work; this performance is up with the best.

The Monte Piano Trio give strong and committed performances of all three works, showing their breadth of ability and ease of moving between the genres presented by the three composers. Their performances are well detailed and show a great sense of ensemble and understanding. The sound is excellent, as are the booklet notes—an excellent production all round.

… blew this listener away

The entire CD exhibits all the qualities you look for in a group…. an absolute "must buy"
Joy and melancholy, jubilation and drama…. beautiful sound colours and unparalleled freshness

CD of the month in Stereo Magazine

The Monte Piano Trio brings freshness to these works

The trio is able to create tremendous contrasts – the interpretation is characterized by explosive playing followed by elegiac passages expressed in a magical way.
Wonderful phrasing and a diverse colour pallet

The outstanding musicians of Monte Piano Trio
Professionalism, freshness and clarity only heard from the very top international groups
A noble sound quality, high sensitivity and great energy
Main Menu
Back To Top
×
04/07/2020