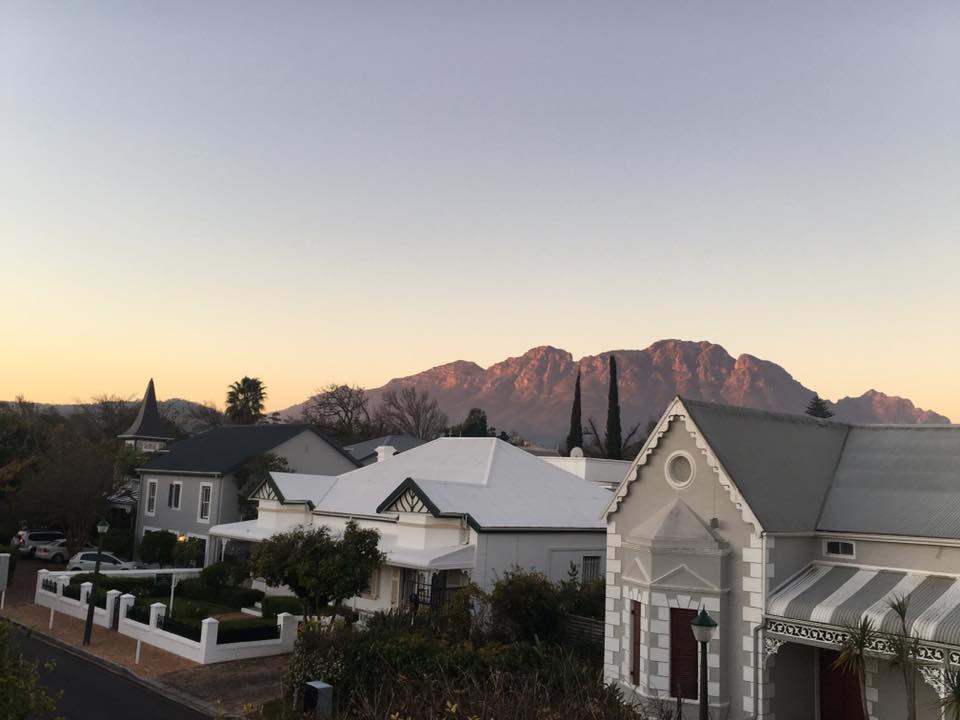 “More magic of a totally different kind followed with the SA première of the Latvian composer Péteris Vasks’ (b.1946) Distant Light (Concerto for Violin and String Orchestra), with Daniel Rowland as the soloist with an ensemble consisting of faculty members and students.

Rowland has an inherent talent to clarify scores to a level where they communicate with a higher level of clarity, without ever losing sight of the underlying subtext which initially inspired the composer. With Vasks the close listener is transported into timeless elegiac soundscapes with a kind of magic “undergrowth” from which themes that are elevated to more concrete structural pointers within the work develop. This kind of continuation which requires enormous concentration, was strongly evident in the soloist’s involvement and the ever changing tonal and wide emotional spectrum of his playing.

In the three challenging cadenzas Rowland connected us with various historically connected stylistic elements that are interwoven into them and which makes of this work more than just a kind of contemporary classic.

Xandi van Dijk conducted the work with the kind of precision, but also with enthusiasm and passion (like in the short waltz sequence) that was far more than admirable.”

Rowland completely fascinated us with his playing

A showcase for his brilliant and subtle playing

Beautiful as a diamond, incandescent as the radiant beams of the sun and poetic as the night of the full moon

Rowland at Kuhmo Chamber Music Festival – among this year’s highlights

“among this year’s highlights were organist Wolfgang Abendroth’s seven-part arrangement of Alban Berg’s violin concerto, all the more effective for its intimacy, with Daniel Rowland giving a lyrically intelligent account of the solo part; and a surreal but startlingly plausible version of Shostakovich’s 15th symphony for violin, cello, piano and three percussionists.”

His tone was silky smooth and sweet as honey

” How did he maintain such an incandescent level of tension throughout a piece as long and as involved as the Franck sonata and how many musical volts were coursing through that bow? His tone was silky smooth and sweet as honey and he seemed to be in another world, eyes closed and breathing in the very soul of the music. ”

With his magnetic music-making he transfixed this listener

Korngold’s concerto is surely one of the most “lirico dramatico” in the violin repertoire; fiendishly difficult and brilliantly composed with expansive and colourful orchestral writing.

Put the thought-provoking and always engaging violinist Daniel Rowland on the stage with an orchestra even more refined than two nights previously under Raiskin’s guidance, and you get a very special musical experience.

And so it was. Rowland enlightened every lyrical, harmonic and melodic aspect of the work, as well as the fascinating diverse constructions of the solo and orchestral writings during the performance. With his magnetic music-making he transfixed this listener, resulting in an experience that lingered in the mind long after the concert. It is, undoubtedly, an evening that will be remembered for many moons to come.

Backed up by an astonishing technical ability

“Stylish, tasteful and impeccable – but this was so much more: here was deep musical understanding that ranged from tender intimacy to the greatest excitement, always backed up by an astonishing technical ability.”

The force of his magical imagination

” The success and conviction and of the Seasons lay with Rowland. He handles the violin as an extra, but ‘integral’ limb. He creeps round the stage as an enfant terrible, dragging you and the ensemble along with the force of his magical imagination. His sound, even without vibrato, is rich and sweet as honey, his interpretation full of mood-swings and he doesn’t fear to let his violin scratch and groan.”

Badisches Tagesblat, Baden-Baden
” All beauties of violin playing were in evidence in this Brahms Concerto: calm bow arm, needless to say faultless intonation and highest musicality. As all of it was as in one breath with the orchestra, we witnessed a masterful performance. The stormy applause said it all.. “

It is a charisma that's hard to put into words

Haarlemse Courant, Netherlands
” With a great sense of lyricism Daniel Rowland plays these gorgeous sonatas. His whole body plays the violin, not through exaggerated movements – it is a charisma that’s hard to put into words. “

“It was not just the technical brilliance of his playing or the astonishing richness of his tone that gave his performance its unique stamp of quality. He radiated a single-minded intensity that made him seem totally at one with the music.”

What an exceptionally fine soloist and leader this British/Dutch violinist is!

” What an exceptionally fine soloist and leader this British/Dutch violinist is! We haven’t had such an emotive, but also totally and truly a charismatic guest in a very long time.. .the emotions, smouldering passions, the melancholy: Rowland transported us with daring and severity into the composers soul”

Ravishing in its finesse

” glorious playing…ravishing in its finesse.”

The airy energy of the Vivaldi to the the lush, sultry Piazzolla material

A suitable frenzy of heat and colour

This disc succeeds because it goes to great lengths to bring out the many characters of the music, always in interesting and unexpected ways