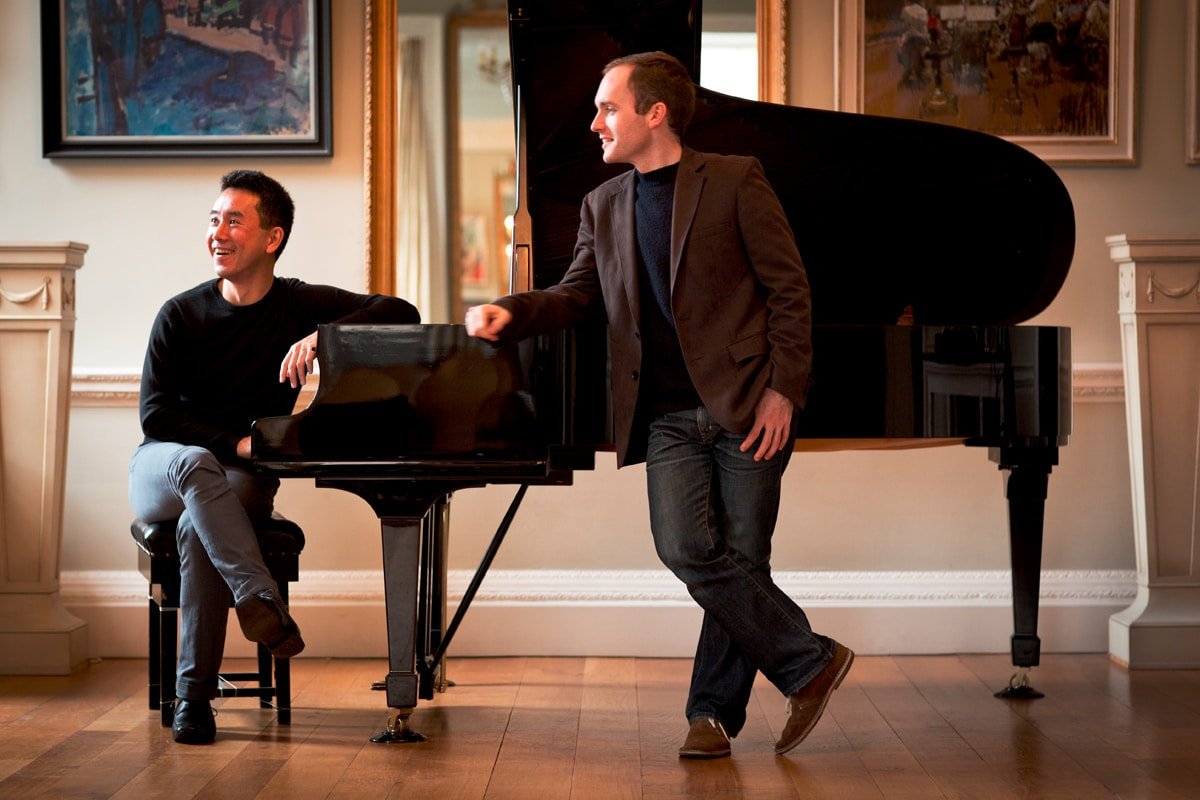 Simon Callaghan and Hiroaki Takenouchi, the Parnassius Piano Duo, brought a striking programme  of works for two pianos to St John’s Smith Square for the Sunday afternoon concert, 19 February 2017. They opened with Hubert Parry’s rarely performed Grosses Duo in E minor, following it with Leonard Bernstein’s two-piano arrangement of Aaron Copland’s El Salon Mexico. The programme was completed with the premiere of the duo’s own two-piano arrangement of Sergei Rachmaninov’s mammoth Symphony No. 2.

Written in the mid-1870s when the composer was still in his 20s and had not yet full developed his recognised style, Parry’s Grosses Duo is a large-scale and eminently serious work. Each of the three movements makes a rather Brahmsian exploration of Baroque counterpoint, but shot through with the sort of bravura which makes the whole invigorating listening. This was Bach’s counterpoint viewed through a 19th century lens, and from the opening notes of the Allegro energico first movement we could appreciate the rich textures which Parry created with just four hands at two pianos. Of course it helped that we were listening to a well matched pair of huge Steinways played by such a long-established piano duo. The second movement was a gentle Siciliano which, for all the movement’s gentle lilt, included some remarkably elaborate figuration and rich textures. The final movement started with a very impressive long crescendo which led to the concluding fugue, based on a very strikingly angular fugue subject. The sheer business of the fugue subject kept the movement bubbling along to a terrific climax.

This seems to have been something of a weekend for rare English piano duo works, having heard RVW’s Introduction and Fugue on Friday  and I did wonder whether RVW knew the Parry work (RVW studied with Parry in the 1890s).

This was followed by Bernstein’s bravura arrangement of Copland’s El Salon Mexico. Callaghan and Takenouchi played with vivid energy and clear enthusiasm, bringing out the work’s infectious rhythms and not neglecting the more lyrical moments. An exciting performance, notable for the range of colour which the two brought to the piece.

This was the premiere of the duo’s own arrangement, and it was striking how successfully they had re-invented Rachmaninov’s symphonic textures onto the piano, creating some very Rachmaninov-like moments, with the two pianos creating a remarkable combination of clarity and richness of textures.

The first movement’s large-scale structure was well controlled by the performers, with the concluding sections generating a real sense of excitement. The second movement combined the vividness of the opening ostinato with a beautifully lyrical account of the symphony’s motto theme, and some very inventive piano textures.For the third movement, the main theme emerged out of some very magical piano writing, with beautifully sympathetic and balanced phrasing from the pianists. Throughout the concert it was notable how well balanced and matched their two performances were. The piano re-invention of this movement made its romanticism seem less sugar-coated, and all the more moving. The finale started with an outburst of infectious energy which bubbled along despite some more complex moments when Rachmaninov relaxes the tension, all leading to a terrific ending.