Melodious triumph from the teeth of adversity 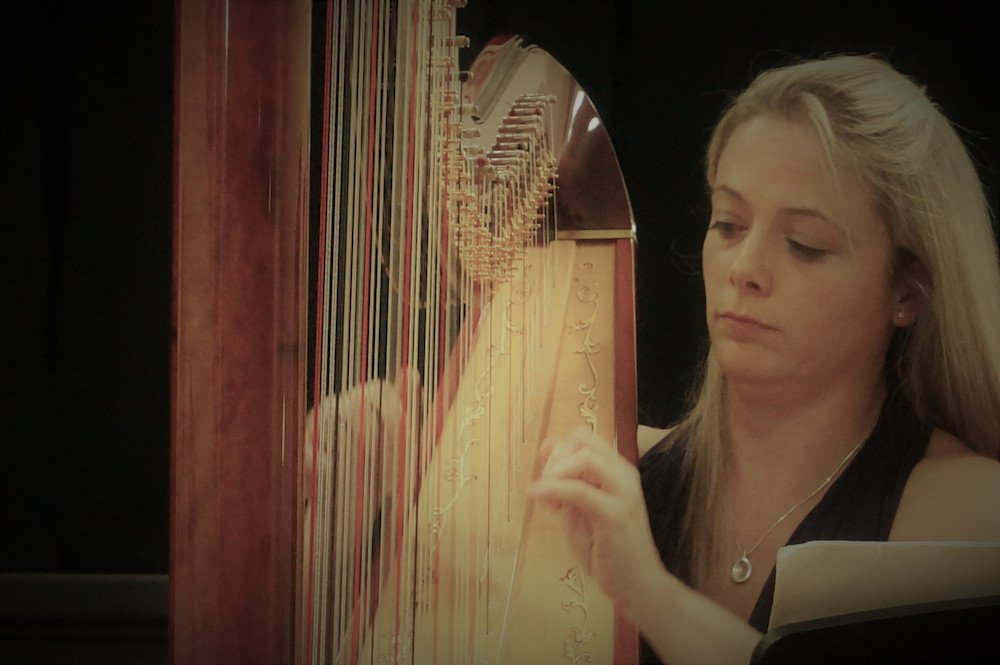 
H is for harp… H is for heartfelt, for harmony and for sheer heroism.

All was set fair when Louise Thomson arrived at Outwood Academy, Foxhills, ready to present her programme of harp music for the Scunthorpe and North Lincolnshire Concert Society. Then calamity struck, somewhere ‘twixt cup and lip. Her treasured harp took a tumble and sustained a slender but fatal fracture of the shoulder that made the instrument simply unplayable.

The concert was in jeopardy, about to be scratched from the calendar without a note being played, until the artist riffled through her address book and secured the timely loan of a replacement instrument from a colleague on the North Bank.

The rescue harp was wheeled into the auditorium moments before the concert was due to begin… and here comes the heroism aspect.

With only minimal delay, Louise Thomson delivered her programme on an unfamiliar instrument, a complete stranger to its pedals, strings and idiosyncracies, and proceeded beautifully to pluck melodious triumph from the sharp teeth of adversity.

She explained to an attentive and admiring audience that she had prepared a play-list of works that she loved especially and that demonstrated the many moods and effects of which the virtuoso harp is capable. She made her point at once, beginning with an elegant and wistful nocturne by Glinka.

If the evening disclosed the hint of a Gallic accent, that might be because French composers have shown an affinity with the organ and the harp. Thus her programme included works by Marcel Tournier, Marcel Grandjany, Fauré and, in an arrangement of her own, a Debussy Estampe with its strumming echoes of Andalusia.

Louise introduced each piece as she journeyed musically across land and water – here a Welsh dance, here a melodic line from Vienna, here a jazz band from North America and there a memorable reading of the Fantaisie on a theme from Eugene Onegin composed by Ekaterina Walter-Kühne, a piece that encouraged the harp to express all the forlorn yearning and fatal attraction of the Tchaikowsky original.

By the end of the evening it was difficult to remember that she was playing on a borrowed instrument (Incidentally, H also is for Hip-Hip Hooray for harpist Rachel Dent of Cottingham, who answered the emergency appeal with the loan of her harp.)

For all manner of reasons, not least the accomplishment and valour of the soloist, this was a memorable and wholly melodious way for concertgoers to bid a tuneful farewell to 2018.