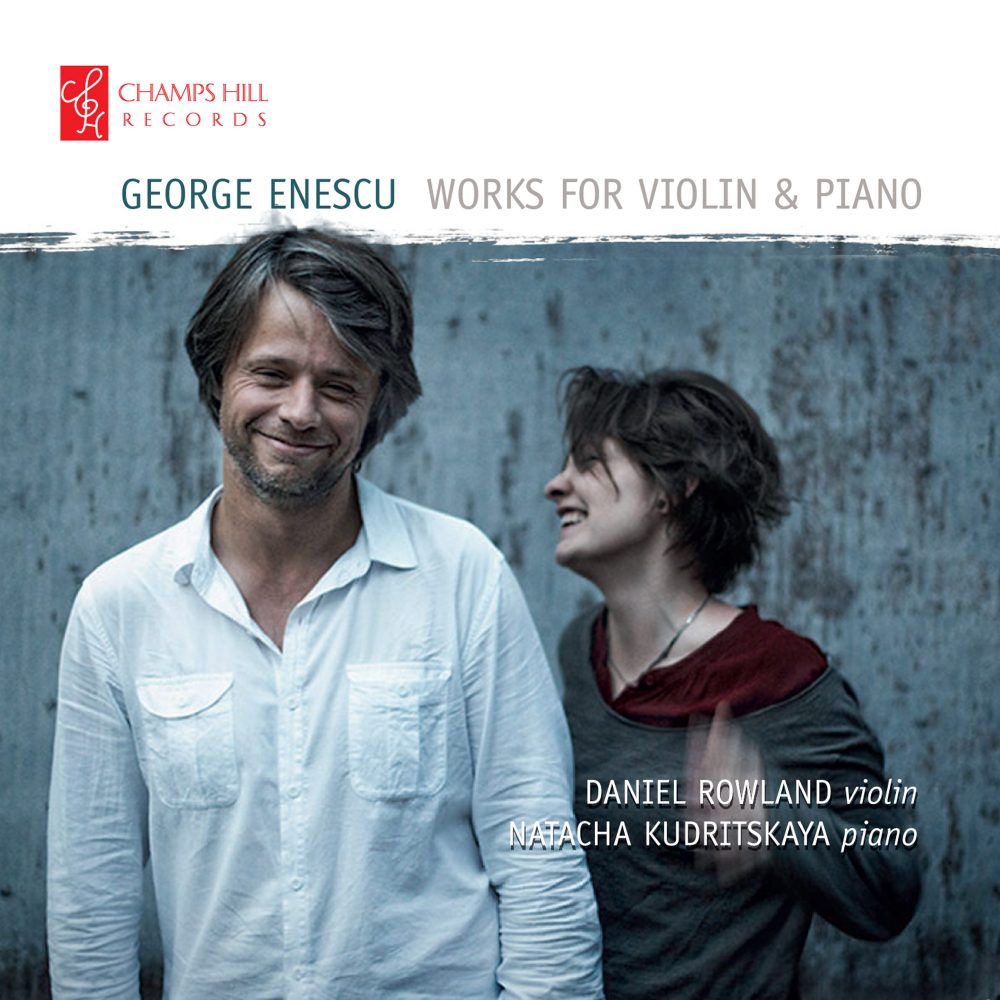 “George Enescu (1881-1955) was Romania’s greatest musician. He was introduced to the violin by a folk fiddler, possible a Gypsy, when he was 4. When he was 7 he was admitted to the Vienna Conservatory, only the second student (after Fritz Kreisler) allowed to study at the school at that tender age.” …..

“Violin Sonata 2 was Enescu’s first mature work. Written in 1898 when he was 17, it sounds thoroughly Western in form and harmony. It is still the work of a commanding personality. He would not write for the violin again until 1926, when he produced Violin Sonata 3, subtitled In the Popular Romanian Character. With the work’s opening notes, the listener is immediately aware that it inhabits a different world.” …..

“14 years later he composed his Impressions of Childhood. This makes an advance over the sonata in folk style. It is a suite of 10 continuous impressions, apparently occurring in the course of a day of a young child..” …..

“[Daniel Rowland] is a very stylish and charismatic player, and he understands this music perfectly. His partner, Russian-born pianist Natacha Kudritskaya, is just as well attuned to Enescu’s idiom and draws bewitching sounds from her instrument.”

“These are among the very finest performances of all three works that I have heard, and they are good enough to be the only ones in your record library.”

A powerful communication of the heart of the music

Authenticity you might expect to hear from violinists such as Ivry Gitlis, Ida Haendel, Isaac Stern

Daniel Rowland has a powerful, glamorous tone, gleaming at the top and throaty and rugged down at the bottom, and Natacha Kudritskaya matches him every bar of the way for passion, fantasy and precision.

Rowland and Kudritskaya demonstrated their unique musical partnership impressively, and their well-balanced interplay was not only beautiful to listen to but also exciting to watch