Huw Wiggin (saxophone) and Oliver Wass (harp) have been invited to give a run of three concerts for Absolute Classics in Dumfries & Galloway in January.

They will perform evening concerts in Dumfries and Annan on Thursday 16th and Friday 17th January respectively, and then an afternoon concert in Thornhill on Sunday 19th January.

Huw and Oliver first met and formed their duo in 2016, brought together by a shared love of the repertoire for saxophone and harp, and have since enjoyed engagements at the Gower Festival and Millfield International Concert Series, amongst others. The duo has received consistently warm responses, both for their live performances and for their recorded tracks which feature on the 2018 Orchid Classics disc ‘Reflections’.

These concerts will mark Huw Wiggin‘s fourth performance for Absolute Classics, after two successful visits in 2018 and one last summer. His 2018 appearances came as a member of the Ferio Saxophone Quartet in March, and with his other duo partner, John Lenehan (piano), in August. His performance in summer 2019 was once again as part of the Ferio Saxophone Quartet, this time in a collaboration with pianist Timothy End.

January’s concerts with Oliver Wass will feature a broad range of repertoire for the unusual pairing of saxophone and harp, described by Robert Hugill (Planet Hugill) as “a seemingly unlikely combination that works real magic”. Their first performance, in Dumfries, will open with the two Debussy pieces which feature on ‘Reflections’, along with works by Bach, Pärt, Glazunov, Gershwin and more. Their other two concerts, in Annan and Thornhill, will feature a different programme, which ranges from Albinoni to Ravel, and Rachmaninov to De Falla.

Huw and Oliver very much look forward to their visit to Scotland, where they hope to help achieve the mission laid out by Absolute Classics as follows:

​Being based in Dumfries and Galloway, rural Scotland, where there is little provision of high quality classical music, it is our aim to bring some of the best performers to the region and give the local communities the opportunity to hear classical musicians of international acclaim. 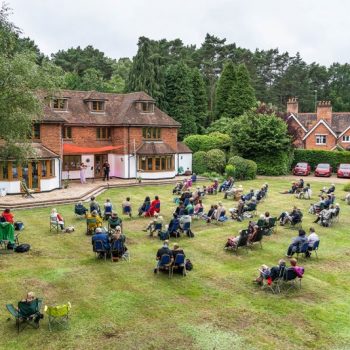 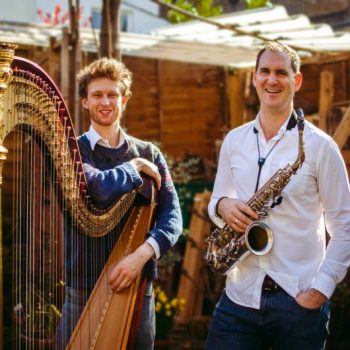