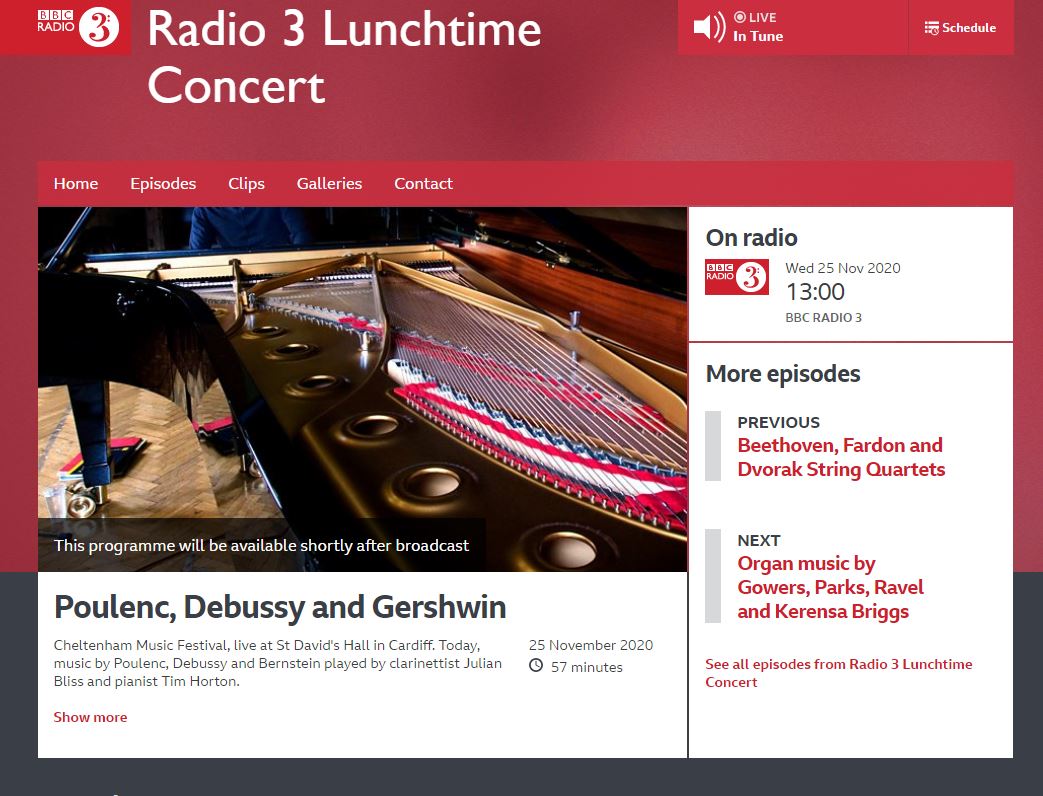 The concert is part of a series presented by the Cheltenham Music Festival at St David’s Hall, which also includes recitals by Anna Lapwood, Ben Goldscheider with Huw Watkins, and the Carducci Quartet.

Tim and Julian’s performance will begin just after 1pm on Wednesday 25th November 2020, and will feature works by Poulenc, Debussy, Bernstein, Gershwin and Horovitz.

Poulenc’s Clarinet Sonata is full of the composer’s trade-mark melodies and sparkling wit. Debussy’s Première Rhapsodie was written to test the mettle of Paris Conservatoire students. There’s also a link between Poulenc’s and Bernstein’s Sonatas, as Bernstein gave the first performance of Poulenc’s Sonata in 1963. They round off with Joseph Horowitz’s sunny and melodious three movement Sonatina, written in 1981 for another great performer, Gervase de Peyer. 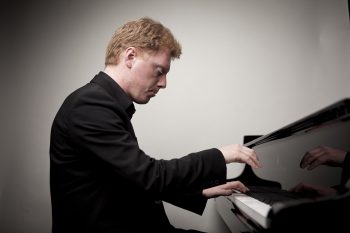 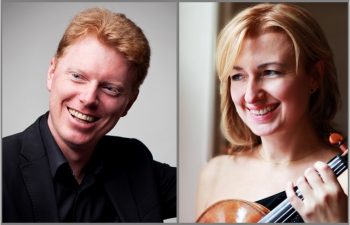