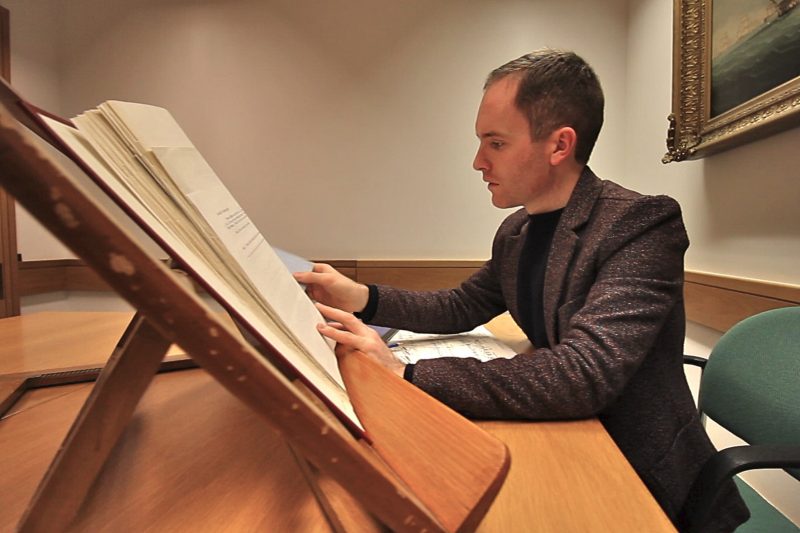 On the 19th July Simon Callaghan will join the BBC Scottish Symphony Orchestra and Martyn Brabbins at City Halls in Glasgow, to make the world premiere recording of the three extant concerti by Derbyshire-born composer, Roger Sacheverell Coke (1912-72).

Using the only remaining copies of the manuscripts – kindly lent by the Coke Estate – Simon Callaghan and Edward Taylor have made new performing editions of the 3rd, 4th and 5th Concerti and it is these freshly-edited scores that will be used in the recording to be released in November 2017 as part of Hyperion’s Romantic Piano Series.

This project follows on from Simon’s acclaimed 2015 world premiere disc of Coke’s solo piano music (on SOMM Recordings) and will form part of his ongoing studies of the composer for his AHRC-funded PhD at the Royal Northern College of Music.