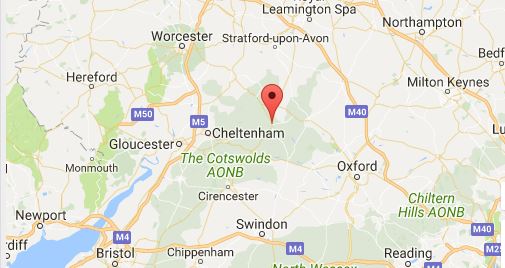 Esteemed clarinettist Robert Plane and the fabulous Carducci Quartet join forces in performances of Herbert Howells Rhapsodic Quintet and Mozart Clarinet Quintet in A major, K. 581 on Saturday 22 July as part of Guiting Music Festival’s 2017 programme. For nearly half a century the Guiting Music Festival has been a highlight of the Cotswolds’ summer calendar, bringing an exciting variety of highly talented performances of Classical, Jazz and Folk music by artists from around the world. The Festival is held in the beautiful and unspoilt setting of Guiting Power, near Stow-on-the-Wold in Gloucestershire’s Cotswold Hills.

Since winning the Royal Over-Seas League Music Competition in 1992 Robert Plane’s solo and chamber career has taken him to prestigious venues across Europe and beyond, performing Mozart’s Clarinet Concerto in Madrid’s Auditorio Nacional de Musica with the City of London Sinfonia, on tour in the USA with the Virginia Symphony and throughout China with the BBC National Orchestra of Wales, during which his performance at Beijing’s National Centre for the Performing Arts was broadcast live to a TV audience of 10 million.

Robert has become particularly known for his performances and recordings of the magnificent English repertoire for clarinet. Gramophone magazine has praised playing of ‘ravishing lyricism and conviction by Robert Plane, who has now surely fully occupied the shoes of the late Thea King in his championship of British clarinet music.’

He has formed close partnerships with a number of leading chamber ensembles, including the Carducci Quartet –described by The Strad as presenting “a masterclass in unanimity of musical purpose, in which severity could melt seamlessly into charm, and drama into geniality″. The Carducci Quartet is recognised as one of today’s most successful string quartets. Performing over 90 concerts worldwide each year, they  also run their own recording label Carducci Classics, an annual festival in Highnam, Gloucester and in September 2014 curated their first Carducci Festival in Castagneto-Carducci, the town from which they took their name.