The first three days of April will see the Corvus Consort embark on a mini-tour of three concerts featuring their programme of Lenten choral music “Reproaches, Lamentation and Penitence”.

Three concerts in three days will see the Consort at Clifton Cathedral in Bristol on Friday 1st April and Buckfast Abbey in Devon on Saturday 2nd April, before finishing in London at St Mary’s Church, Islington, on Sunday 3rd April.

In an atmospheric programme performed by a choir of twelve voices, works by Renaissance masters are cast alongside music from the present day, including two settings of text from the ‘Improperia’ or ‘Reproaches’ published over 400 years apart. The Consort will perform music by renowned 16th-century composers William Byrd and Thomas Tallis, as well as their lesser-known contemporaries Sulpitia Cesis, an Italian lutenist-composer and nun, and Vicente Lusitano, whose 1555 book of motets makes him Europe’s first published composer of African descent.

Early music sits shoulder-to-shoulder with works from the 20th and 21st centuries, including John Sanders’s The Reproaches, a deeply-evocative work first written in 1984 for Good Friday in Gloucester Cathedral, and James MacMillan’s masterful ‘Miserere’, which reimagines Gregorio Allegri’s iconic setting of the same text into a rich contemporary soundworld full of drama, beauty and intense emotional outpouring.

Looking ahead to the summer, the Consort also looks forward to reprising its meditative programme in collaboration with Music on the Edge, this time at Somerset’s Simonsbath Festival on Friday 10th June. With a smaller consort of four voices, the Consort presents an improvisatory exploration of Renaissance soundworlds with Susie Hodder-Williams (flute) and Chris Caldwell (saxophone).

Tickets for the three concerts of Lenten music are on sale and available via the links below.

An hour-long programme of choral music for Lent, exploring themes of repentance, lamentation and petitions for mercy. 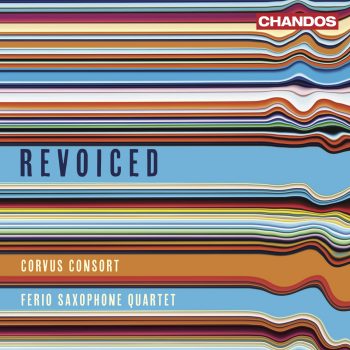