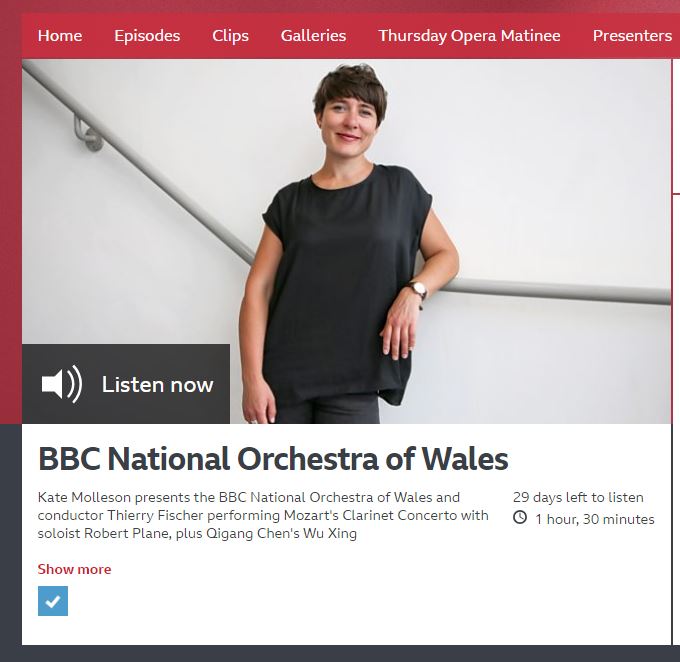 Robert Plane is looking forward to returning to China later this month with BBC National Orchestra of Wales, when the orchestra will give five concerts in four major cities, aimed at fostering creative collaborations between China and Wales. Looking ahead to this tour, today’s Radio 3 ‘Afternoon Concert‘ was from the Beijing National Centre for the Performing Arts in 2012, when the orchestra made its debut tour of China, featuring Robert Plane as soloist in Mozart’s Clarinet Concerto. The conductor was Thierry Fisher and the 2,000 members of the audience were joined by 6m people watching live on Chinese television.

You can hear the complete concert here and you can listen to Robert Plane in the Mozart from 9’36”.  Radio 3 ‘Afternoon Concert‘ presenter Kate Molleson introduces this part of the broadcast saying:

“This next piece features the orchestra’s superb Principal Clarinettist Robert Plane. He makes one of my favourite orchestral clarinet sounds of any orchestra anywhere really, very smooth and subtle and deeply musical”