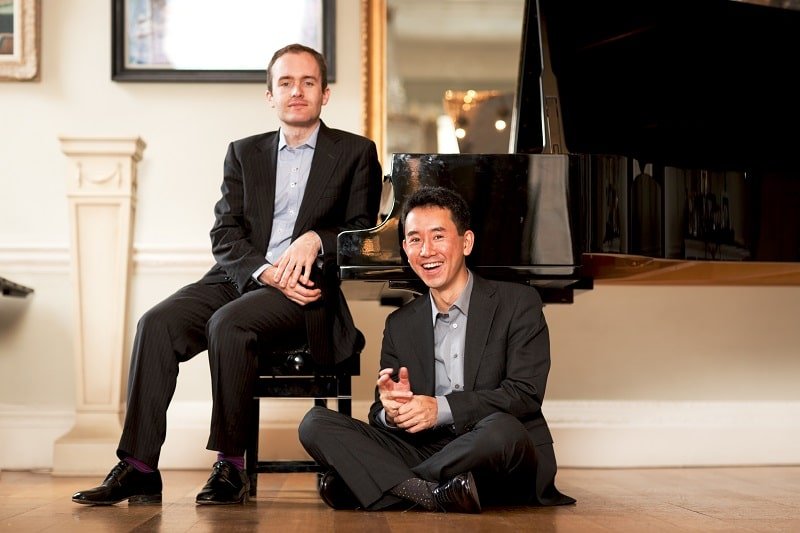 Parnassius Piano Duo – Simon Callaghan and Hiroaki Takenouchi – are delighted give the opening concert in Cheltenham Music Society’s 2017-18 Season in the Pittville Pump Room, which is widely regarded as one of the finest small concert venues in the UK.

Since meeting in 2003 at the Royal College of Music at the recommendation of the late Yonty Solomon, Simon Callaghan and Hiroaki Takenouchi have had a thriving duo partnership during which time they have given concerts not only throughout the UK but also in Europe and Japan.

During that time they have developed a wide-ranging and extensive repertoire and their engagements have included gala performances with principals from the English National Opera. Their two volumes of Delius’s orchestral works in arrangements for two pianos (mostly world premiere recordings, to coincide with the composer’s anniversary year) on the SOMM label were warmly received, International Record Review (June 2012) describing their playing as “sparkling and sincere” and BBC Music Magazine (July 2012) saying: “Simon Callaghan and Hiroaki Takenouchi…play with such love, panache, and exact synchronisation”. As well as playing all the mainstream works for both piano–four hands and two pianos, the Parnassius Piano Duo are particularly keen advocates of lesser-known repertoire, and have recently included works by Parry, Medtner and Sterndale Bennett in their recital programmes.  Their own arrangement of Rachmaninov’s second symphony for two pianos was premiered in London earlier this year. 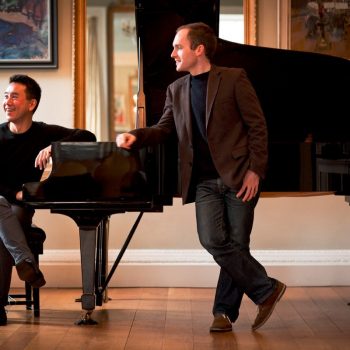 Arrangements by Saint-Saëns of Chopin and Liszt