In September, the Monte Piano Trio will visit Romania to perform at the George Enescu Festival. They have been invited to give three concerts over five days in Bucharest, Sibiu and Cluj, as part of the festival’s 24th edition.

The Enescu Festival is one of Eastern Europe’s largest classical music festivals, with musicians visiting from over 50 different countries. This year the festival will be made up of 84 concerts and recitals spread over just three weeks, featuring world-class chamber musicians from around the globe, as well as several of Europe’s leading orchestras.

The Monte Piano Trio’s programme will include Enescu’s Piano Trio no. 2 in A minor and Serenade lointaine, as well as Chausson’s Piano Trio in G minor and an arrangement of Schönberg’s Verklärte Nacht.

Their Bucharest concert will be live-streamed and also be recorded for broadcast on Romanian National Radio. The live radio broadcast of the concert will include an interview with the group’s pianist, Irina Botan, and you will be able to listen here. 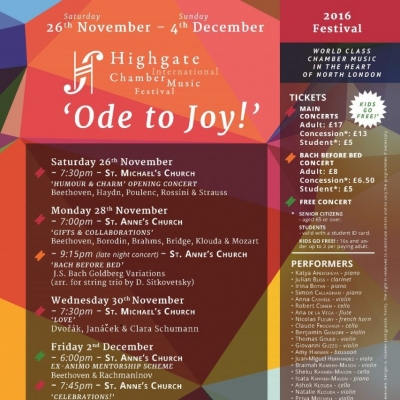