The Linos Piano Trio are excited to release their second studio album ‘Stolen Music’ next week.

The disc takes its title from an ongoing project for the Trio which centres on a series of orchestral masterpieces collaboratively reimagined for piano trio.

Recorded for CAvi music in partnership with the Bayerischer Rundfunk, the CD is due for general and online release on Friday 18 June.

Inspired by Stravinsky’s notion of creative ‘stealing’, the Trio embarked on its ‘Stolen Music’ project in 2016, which has been rapturously received by audiences in recent years. In each Stolen Music arrangement, the members of the Linos Piano Trio work together to reimagine the orchestral works as if they had been originally written for the piano trio. Their new transcriptions emerge through a process of experimentation and refinement, seeking the most colourful distillation of the original versions.

In the days before modern recording, transcription was frequently used as a means of disseminating orchestral music: re-scoring for smaller groups, making the music more portable and allowing it to be enjoyed in the home. The piano trio has long been a favourite ensemble for this purpose, a fact which has fascinated the Linos Piano Trio ever since its first performance, which featured Schoenberg’s Verklärte Nacht in its trio arrangement by Eduard Steuermann.

The Trio’s upcoming disc features this very arrangement, as well as three of their own ‘Stolen Music’ transcriptions, all tied together with a common theme of transformation. Schoenberg’s Verklärte Nacht sits alongside three turn-of-the-century French masterpieces: Debussy’s Prélude à l’après-midi d’un faune, Dukas’s Sorcerer’s Apprentice and Ravel’s La Valse. Each of these three works features its own distinct poetic transformation, and each has featured prominently so far in the Trio’s ‘Stolen Music’ programmes.

Together with the album release, the trio will also launch Linos Edition, its own digital sheet-music publication of Stolen Music.

Click here to read the full press release for the disc.

‘Stolen Music’ will also be the theme of this year’s Linos Festival, which takes place this weekend in Cologne, and will feature selected works from the disc repertoire. Alongside their guests Herdís Anna Jónasdóttir (soprano) and Simone von Rahnden (née Jandl – viola), the trio will navigate a colourful programme of chamber music standards, orchestral works, new music and more, with four concerts over three days at Cologne’s Orangerie Theater.

Click here to find out more about the festival. 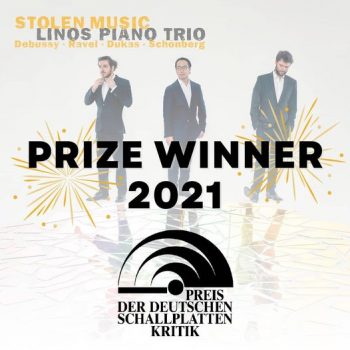 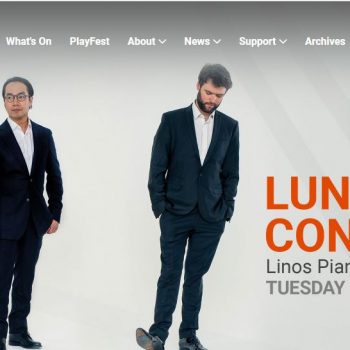 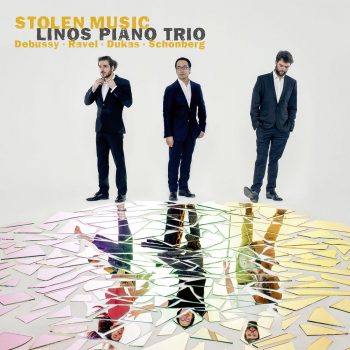