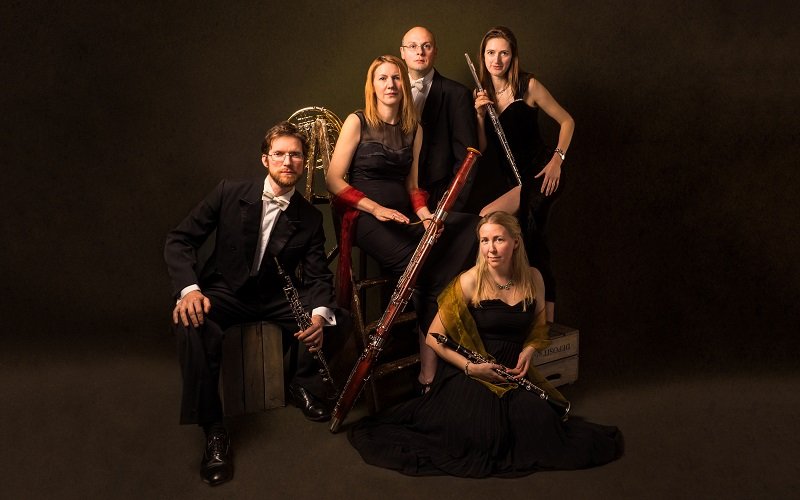 The Galliard Ensemble is excited to present five new programme proposals, encompassing a wide range of music from their extensive repertoire.

Each of the programmes has been put together by a different member of the quintet, giving the players the opportunity to explore their own unique and charismatic approach to the repertoire.

In choosing their programmes, the Galliards are able to draw on a great wealth of experience, having performed together as a group for over 20 years. The line-up of five players is unchanged since they were BBC New Generation Artists 2002-2004, and they have gone on to become established as one of Britain’s leading chamber groups.

The Galliard Ensemble is known for its virtuosic, entertaining and distinctive performance style, and has appeared at leading venues including the Wigmore Hall, South Bank Centre, Bridgewater Hall, Sage Gateshead and at the BBC Proms. Their recordings are frequently broadcast on BBC Radio 3, and have received widespread praise: the Sunday Times, BBC Music Magazine, Gramophone, and BBC Radio 3 have all selected a Galliard Ensemble CD as “outstanding” or as Critics’ Choice. 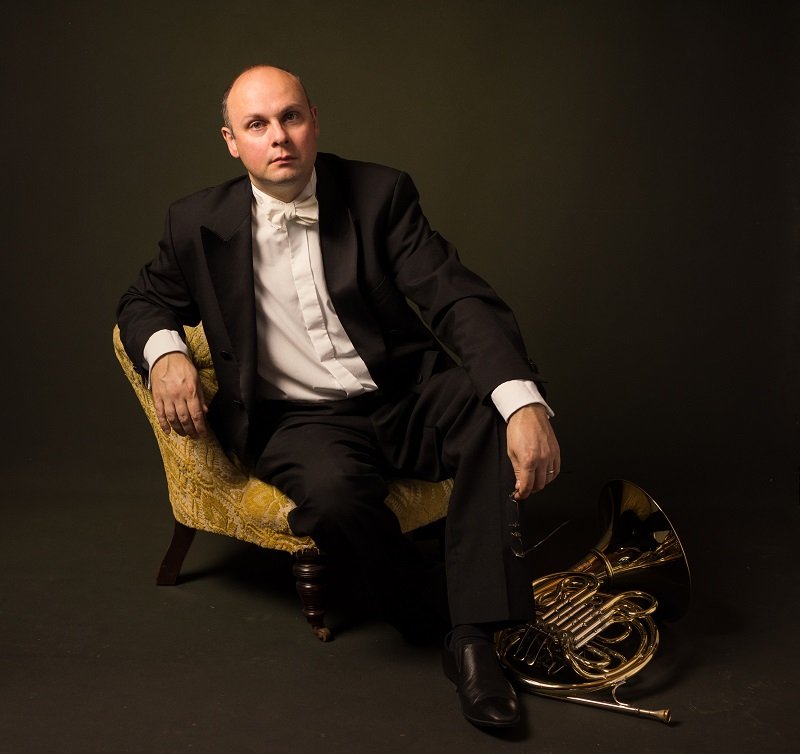 Richard Bayliss (horn) enjoys a busy and diverse performing career alongside his work with the Galliard Ensemble. He appears frequently with leading chamber and symphony orchestras in the UK and abroad, including the Royal Philharmonic, London Philharmonic, Philharmonia and BBC Orchestras, and has been guest principal with the Scottish Chamber Orchestra, Norwegian Radio Orchestra and Gulbenkian Orchestra. Richard is also a natural horn player, performing as a principal in the Gabrieli Consort and Players, and working with many other world-class early music ensembles. As a soloist, he has appeared with the BBC Symphony Orchestra, Academy of St Martin-in-the-Fields and the Taipei Symphony Orchestra. He is also a regular performer in the West End, where he has held positions in shows including Shrek The Musical, Jesus Christ Superstar, and the Sound of Music.

Richard’s programme includes several late-nineteenth and early-twentieth century works for woodwind ensemble, as well as a quintet by Beethoven’s friend and contemporary Anton Reicha, and a set of miniatures by contemporary Portuguese composer Eurico Carrapatoso. 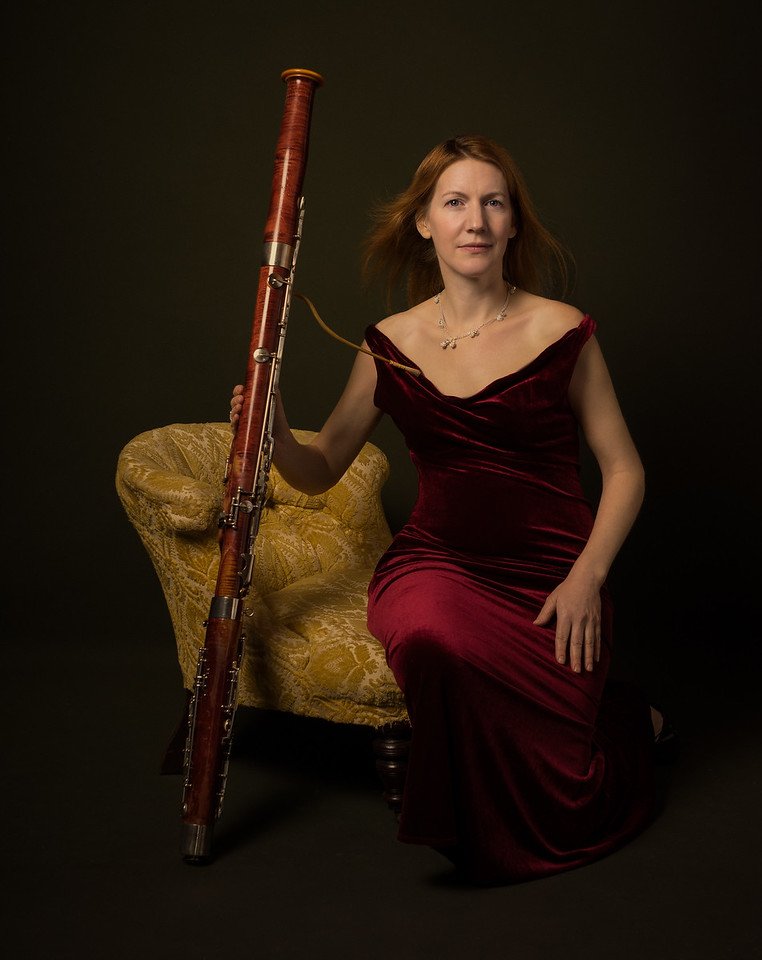 Helen Storey (bassoon) studied at the Purcell School, Royal Academy of Music, and Hochschule für Musik in Vienna, before embarking on her professional career. She has held a position in the Royal Philharmonic Orchestra for 18 years, and continues to freelance with groups such as the London Symphony Orchestra, Royal Opera House, English National Opera and CBSO. Helen is also enthusiastic about education, working as part of the RPO’s ‘Resound’ team, as well as teaching solo and chamber performance at the Guildhall School of Music and Drama.

Helen has also opted for a Mozart arrangement to start her programme, and includes one of Rossini’s Wind Quartets, the composer’s own virtuosic arrangements of string sonatas he wrote at the age of 12. At the end of the first half, she has chosen Fućík’s Polka, a fun work featuring the bassoon and its comic capabilities. Helen’s programme includes composers of six different nationalities, and sets music by Purcell alongside several twentieth-century works. 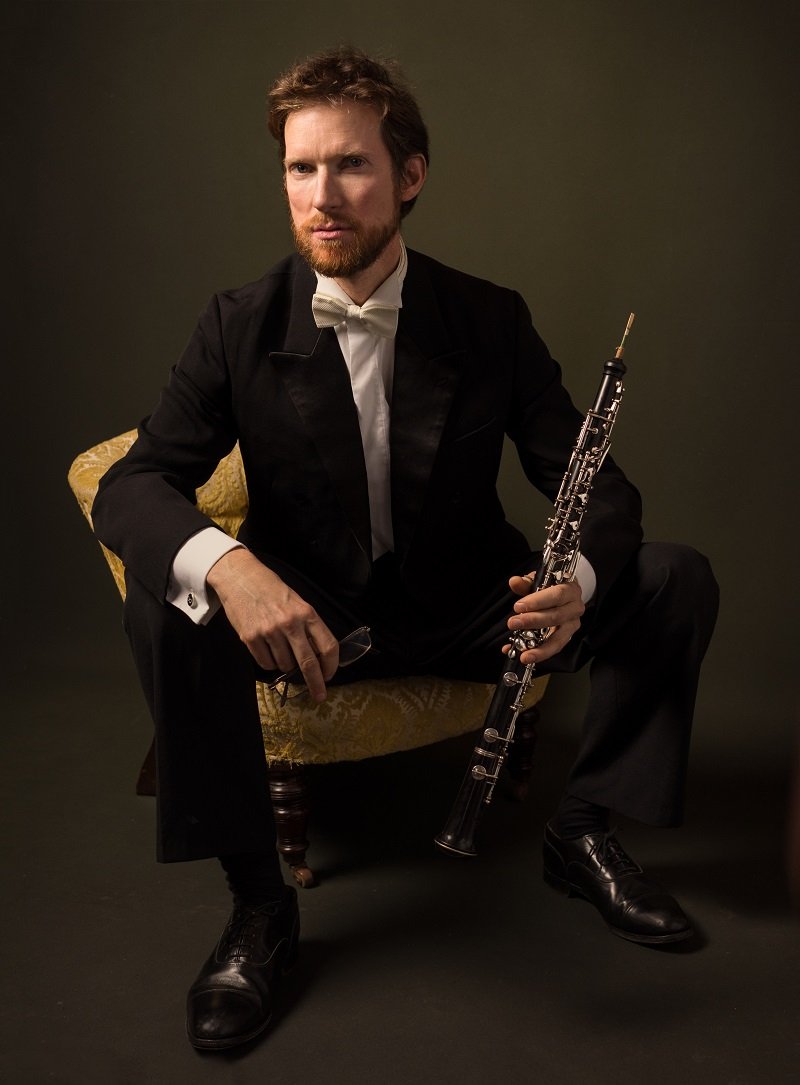 Owen Dennis (oboe) read Mathematics at Corpus Christi College, Cambridge, before studying at the Royal Academy of Music and the Rotterdam Conservatoire. He won RAM’s Leila Bull prize for oboe, as well as the 1999 Royal Overseas League Wind Final, and, during the Galliards’ stint at BBC New Generation Artists, performed Britten’s ‘Metamorphoses after Ovid’ for solo oboe in the BBC Proms. He formerly held the Principal Oboe seat with English Touring Opera, and also undertakes freelance work with various London orchestras. Owen continues to develop his mathematics and has recently completed his MSc in Intelligent and Adaptive Systems at Sussex University.

Owen has chosen three arrangements in his programme, with music by Handel, Stravinsky and Mozart re-imagined for wind quintet. He also chooses Richard Rodney Bennet’s quartet Travel Notes 2, giving Richard on the horn a rest before Malcolm Arnold’s Fantasy for Horn. Owen is one of three members of the group to choose Berio’s Opus Number Zoo to finish the programme, which the Galliards recorded for their ‘Twentieth Century Wind Quintets’ disc in 2002. 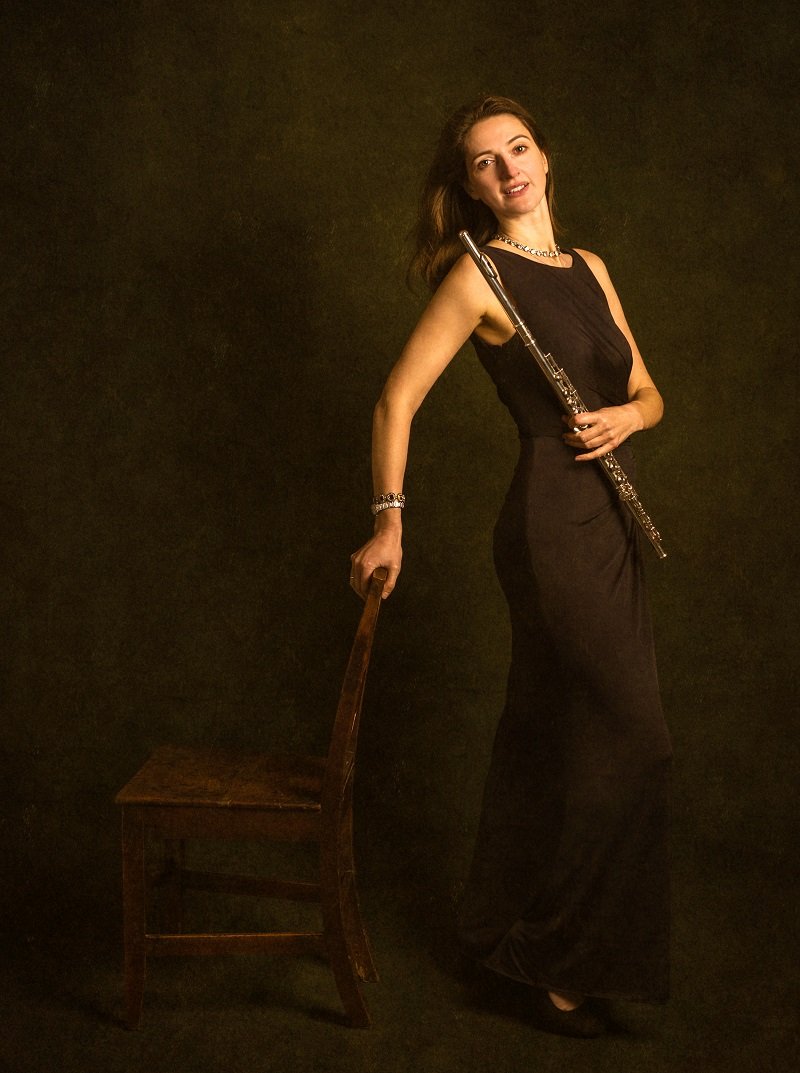 Kathryn’s particular enthusiasm for modern and contemporary music leads her to a programme drawn completely from the twentieth century. Except for Nielsen’s Quintet op. 43 (1922), all the other works in the programme were written within the same 15-year period, and act as a fascinating example of the wide range of musical styles at play in Europe and America in the ’40s and ’50s.

Katherine Spencer (clarinet) is principal clarinet of The City of London Sinfonia, a member of the Orchestra of the Age of Enlightenment, and a busy freelance player with Britain’s leading orchestras. She made her concerto debut at the Royal Festival Hall aged 14 and has since appeared as soloist in most of Britain’s major concert venues. Among Katherine’s notable performances are the first live concert broadcast in Buckingham Palace, and a private solo performance for the Emperor of Japan. Katherine gives regular master classes and tuition in many of Britain’s leading conservatoires and universities, and is equally committed to bringing classical music to life to the wider community, in venues such as hospices, hospitals, day centres, schools and care homes.

Katherine’s programme, like Owen’s, includes several arrangements, with instrumental works by Rossini, Mendelssohn and Fauré re-worked for wind quintet, as well as Mahler’s famous songs to settings of poems by Friedrich Rückert. Katherine chooses another set of miniatures by Eurico Carrapatoso, and is also the third member of the group to make the popular decision of finishing with Berio’s Opus Number Zoo.

A full selection of the Galliard Ensemble’s programme proposals can been seen on this page.

Please click here for a summary of the Galliards’ forthcoming concerts.

All photos by Pip Bacon at Purple Raspberry. 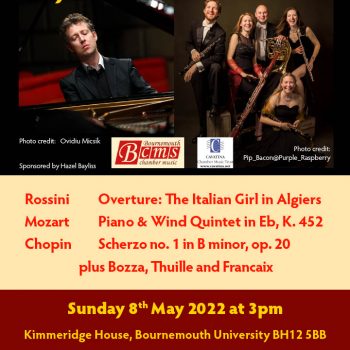 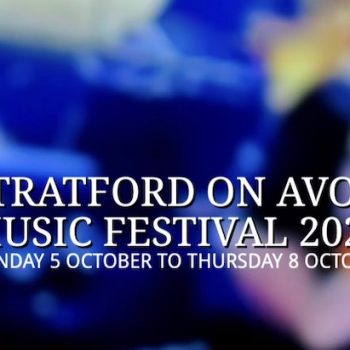