Another of Callaghan's excellent recital programmes – this time for Sidmouth Music

Simon’s programme for his concert on Saturday 19 November opens with Schubert’s Sonata no. 13 in A major – much loved by audiences and pianists alike. Schubert dedicated the work to Josephine von Koller of Steyr and its lyrical, joyous and at times poignant style befits the young composer in love with his work’s dedicatee.

Ravel’s Gaspard de la Nuit is famous for its difficulty. Each of its three movements is based on a poem or fantaisie from Aloysius Bertrand’s the collection Gaspard de la Nuit, fantaisies à la manière de Rembrandt et de Callot, (completed in 1836). The second movement’s Scarbo  is particularly technically challenging and is considered one of the most difficult solo piano pieces in the standard repertoire.

Simon’s discovery of the works of long- forgotten British composer, Roger Sacherville Coke, led to his recording of a highly praised CD of Coke’s Piano Music which was released on the Somm label earlier this year. He presents a Selection of Preludes by Coke in this concert and rounds of the programme with Chopin’s iconic Sonata no.2 in B flat minor which pushed the classical form’s boundaries further than anyone else before him. 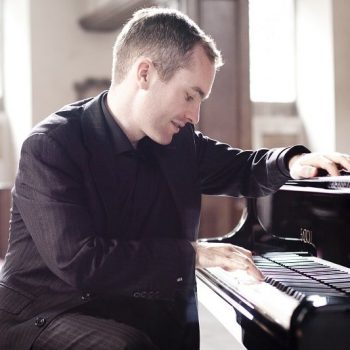