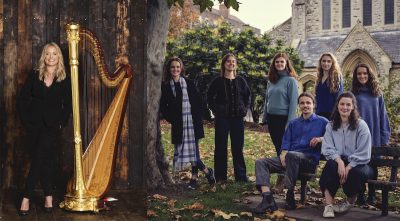 Harpist Louise Thomson and vocal ensemble Corvus Consort both hold a deep affection for the lesser-known and rarely-performed repertoire for choir and harp and formed this collaboration in order to perform the rich and varied programmes of music it offers.

Louise Thomson is a versatile and experienced musician, whose playing has taken her to prestigious concert venues around the UK including the Royal Albert Hall, St David’s Hall in Cardiff and Bridgewater Hall in Manchester. It has also given her the opportunity to perform with some of the country’s most respected ensembles: the Hallé Orchestra, Manchester Camerata, Royal Liverpool Philharmonic Orchestra, National Symphony Orchestra and Manchester Concert Orchestra. She has been invited to perform live on BBC Radio 3, and made her television debut performing live on BBC 1 for the Heaven and Earth show with soprano Katherine Jenkins. 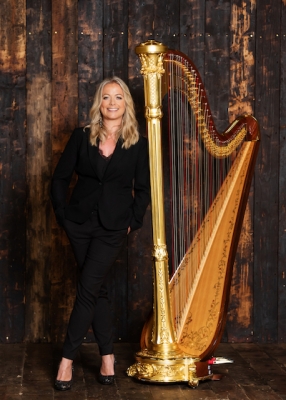 Some of Thomson’s early notable successes included winning the Harp Finals at the world renowned Royal National Eisteddfod of Wales Competition in 2003 and performing as a Finalist in the London International Harp Competition in 2005.

In April 2007 she was short-listed to audition for HRH The Prince of Wales for the position of Royal Harpist at Clarence House and performed for HRH Queen Elizabeth II and HRH The Duke of Edinburgh at The Royal Variety Performance in the same year.

Louise was awarded a place at Chetham’s School of Music in Manchester to study with Eira Lynn Jones. During this time Louise won the Ida Carroll String Prize for outstanding musical achievement, and was subsequently awarded an entrance scholarship to study at the Royal Northern College of Music.

Completing her undergraduate course in 2005, with a First Class BMus (Hons) degree, and her post-graduate diploma (PGDip) with Distinction in Performance in 2006, Louise went on to complete a Masters Degree (MMus) in 2007, again with Distinction in Performance. She concluded her time at the RNCM by winning the Concerto Competition. After graduating, Louise was immediately invited onto the Live Music Now Scheme (founded by Yehudi Menuhin) which involved extensive touring around the country giving solo recitals and educational workshops to an enormous range of audiences.

Louise also takes great pride in her harp teaching and has built up a highly vibrant harp community around the North of England. She tutors harp at Withington Girls’ School, St. Anselms Preparatory School in Bakewell and Sheffield High School for Girls. Louise is also the harp tutor at Huddersfield University and is a visiting tutor at RNCM. 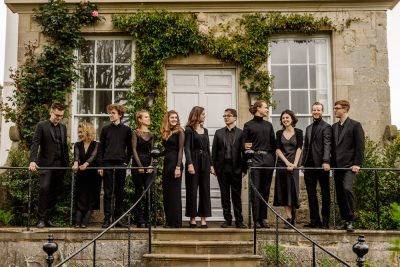 In addition to their programme with Louise Thomson, other ongoing collaborations include music for voices and saxophones with the Ferio Saxophone Quartet and an improvisatory exploration of Renaissance soundworlds with Music on the Edge. These latter two collaborations were launched in summer 2020 with the release of two remotely-recorded videos, premiered by The Sixteen as part of their Sounds Sublime Online festival.

In collaboration with the Ferio Saxophone Quartet, the Consort made its debut CD recording in 2021, due for release on Chandos Records in September 2022. The disc features a set of Baroque and Renaissance vocal works in new transcriptions and arrangements for voices and saxophones, as well as music by living composers reworked for the same forces.