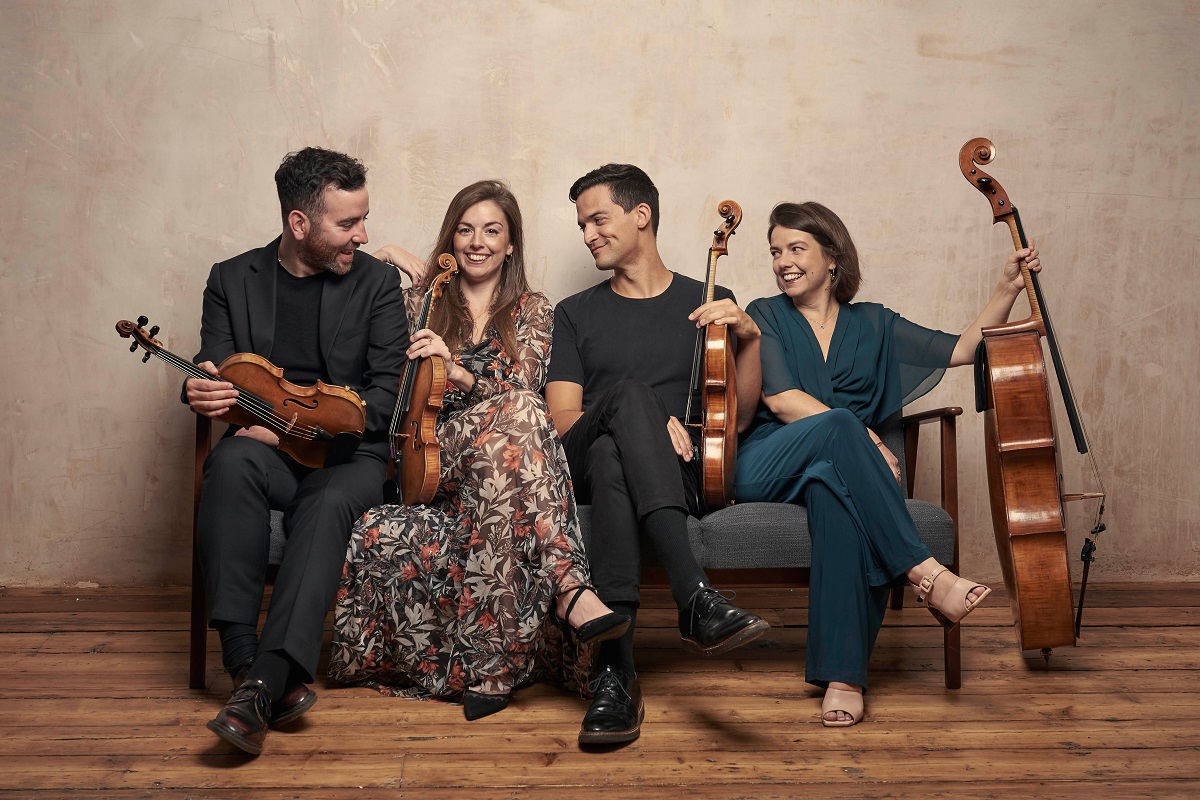 Praised for their “immaculate precision and spirit” (The Strad) and “cultured tone” (Arts Desk), the Solem Quartet has established itself as one of the most innovative and adventurous quartets of its generation. A 2020 awardee of the Jerwood Arts Live Work Fund, one of 33 artists selected from more than 1200 applicants, the Solem Quartet takes its place amongst some of the UK’s brightest artistic voices, with award recipients spread across practices including music, theatre, opera, circus, dance, live art and performance.

They enjoy a busy concert schedule, ranging from international tours in Asia and Europe to performances at venues such as London’s Wigmore and Queen Elizabeth Halls, Bridgewater Hall in Manchester and Oxford’s Holywell Music Room, and have built a strong following since winning the Royal Over-Seas League Ensemble Competition 2014. They have given concerts with clarinettist Mark Simpson at Aldeburgh Festival, Liverpool’s Tung Auditorium and Perth Concert Hall in Scotland, the latter being broadcast as BBC Radio 3’s Lunchtime Concert in April 2022.

Passionate about collaborating with the composers of their time, the Quartet have worked closely with Anna Meredith, Colin Matthews and Thomas Adès and recently gave the UK premiere of Jonny Greenwood’s Suite from “There Will be Blood” (for string quartet) at the V&A Museum. The success of their ground-breaking ‘Solem Lates’ concept, created in 2019 with the aim of presenting classical music in a fresh way and reaching broader audiences, has underlined the Quartet’s position as leading exponents of new music. Past ‘Solem Lates’ projects have included bringing music for quartet + electronics to nightclubs around the UK, performing Bartók’s 3rd Quartet from memory, and collaborating with Picturehouse Cinemas to bring Yorgos Lanthimos’ The Lobster to life through live score performances alongside the iconic film.

The Solem Quartet are widely known for their thoughtfully curated programmes. In ‘Beethoven Bartók Now’, the group’s current ‘Solem Lates’ project, they present the works of these two giants alongside six major commissions, bringing new life and relevance to these iconic masterpieces; a wealth of digital content and educational activity surrounds each performance. One such component of this far-reaching project is ‘Writing for Quartet’, generously supported by the Royal Philharmonic Society, a biannual online workshop for composers of all backgrounds.

‘The Four Quarters’, the Solem Quartet’s debut album, was released on Orchid Classics in September 2021. Using Thomas Adès’ The Four Quarters as a framework – and featuring several arrangements by the ensemble – this CD explores composers’ depictions of night and day and all the moments in between; from the melodious dawn chorus of Cassandra Miller’s Warblework, via Bartók’s earthly and touching portrayal of An Evening in the Village, to Kate Bush’s ethereal And Dream Of Sheep.

The Solem Quartet has benefited from inspirational teaching from a number of the world’s greatest chamber musicians including Gábor Takács-Nagy, Thomas Adès, Michal Kaznowski, Gerhard Schulz, Krysia Osostowicz and Richard Ireland. They have attended IMS Prussia Cove and the European Chamber Music Academy and were chosen for the 2014-15 ChamberStudio Mentorship with renowned cellist Christoph Richter. In 2016-17 they were selected as both Tunnell Trust Artists and Park Lane Group Artists.

The Quartet takes great pride in its educational work. From 2015-17 they held the Junior Fellowship in Chamber Music at the Royal Northern College of Music and since 2016 they have been Quartet in Residence at the University of Liverpool, where they were invited to perform in the gala opening concert of the Tung Auditorium, flagship concert hall of the University’s brand-new Yoko Ono Lennon Centre. Their immersive concerts and workshops have taken them to mainstream and special needs schools through Live Music Now and they have performed or given seminars at Leeds, Manchester, Liverpool and Cardiff Universities. They are also Ensemble in Residence at Aberystwyth MusicFest. 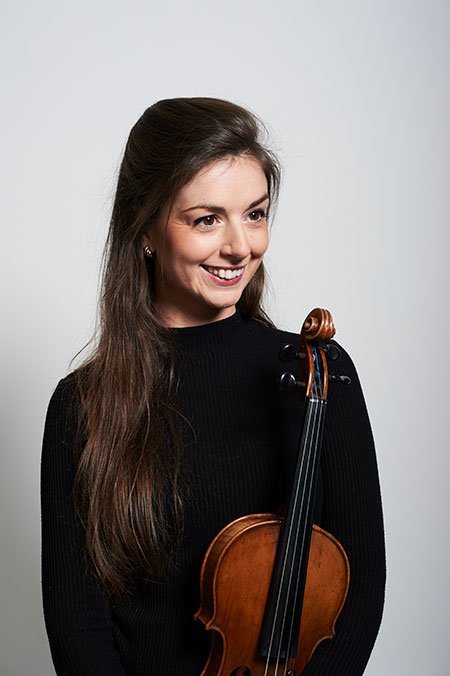 Violinist Amy Tress enjoys a busy career as a soloist, chamber musician and teacher. Winner of numerous awards including Oxford University’s Gibbs Prize for the highest 1st class Music degree and the Royal College of Music Violin Competition & Unaccompanied Bach Prize, Amy has regularly appeared at major concert venues across the UK such as the Queen Elizabeth Hall and Wigmore Hall.

William Newell, violinist, enjoys a varied performance career. In 2017, he completed his Master’s degree at the Guildhall School of Music and Drama, graduating with Distinction, and received the Sheriff’s Prize for Music. He studied at the Guildhall School with world-renowned chamber musicians Krysia Osostowicz and Alexander Janiczek.

William has performed across the UK and Europe with orchestras and ensembles including The Hallé, Manchester Camerata, Manchester Collective, Multi-Story Orchestra, 12 ensemble and Parallax Orchestra; performed under conductors including Sir Simon Rattle, Valery Ghergiev and John Adams; and played in masterclasses with András Keller, the Takacs Quartet and Levon Chilingirian.

Originally from Romford in Essex, William enjoys performing a wide range of music. He is a member of the Mead Men, a sea shanty group, and has performed live or recorded with artists including Eminem, Clean Bandit, Deacon Blue, Bring Me The Horizon, Alter Bridge and Goldsmoke. His violin and viola playing was featured on the Channel 4 series Flowers (2016, 2018), and the BBC One series Ghosts (2019). 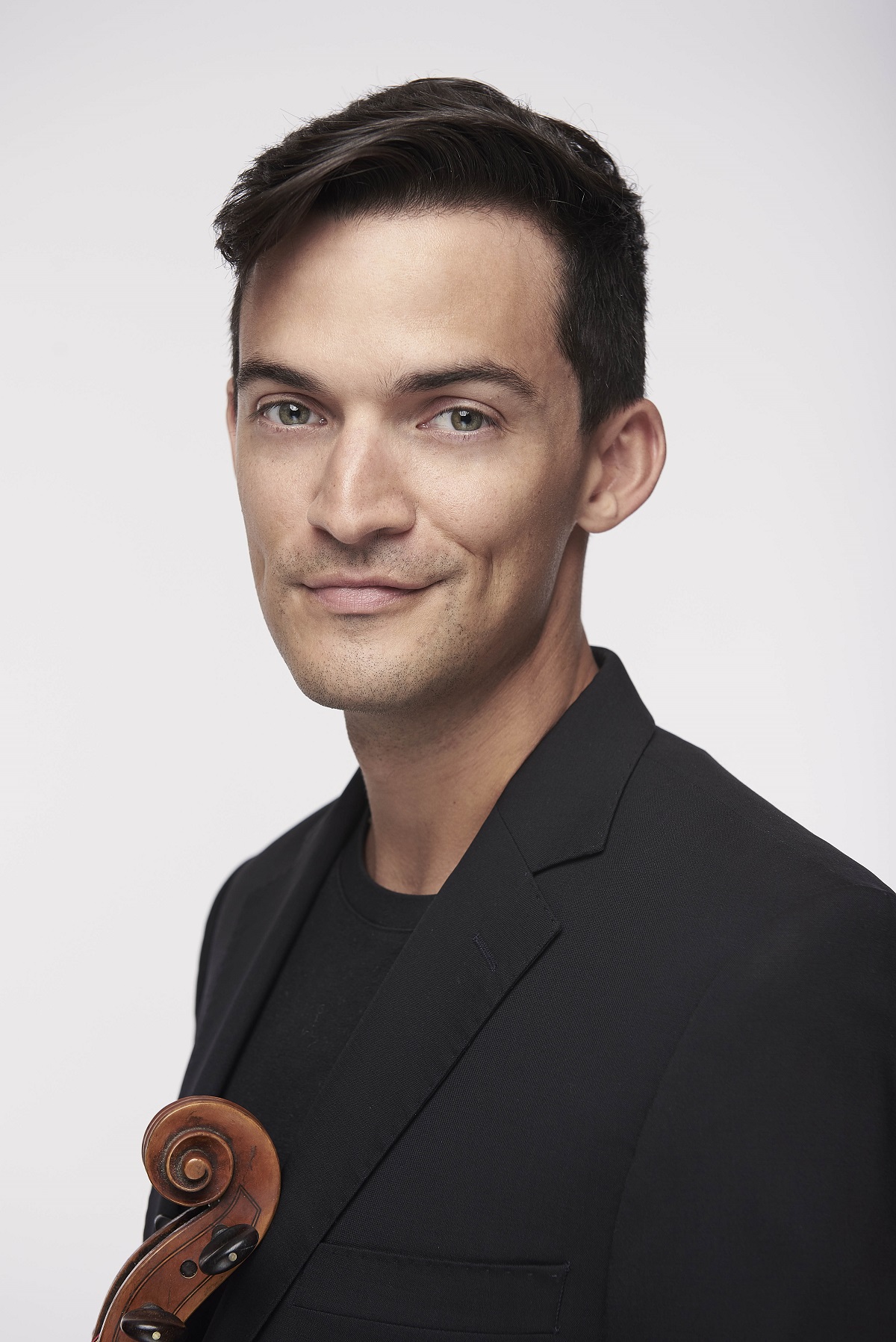 A noted interpreter of contemporary music, Stephen is also a member of London’s Riot Ensemble, winners of the Ernst von Siemens Foundation Ensemble Prize, whose recent disc ‘Speak Be Silent’ was selected as one of New Yorker Magazine’s ‘Best Recordings of 2019’. He has worked closely with many of today’s leading composers, including John Adams, Thomas Adès, George Benjamin and Helmut Lachenmann. Expanding the repertoire of the viola through the commissioning of new music has always been a feature of Stephen’s work. He has taken part in over 300 world premieres including chamber music of Georg Haas and Sally Beamish (alongside the composer) and solo works of Mark Simpson, Michael Finnissy and Errollyn Wallen. 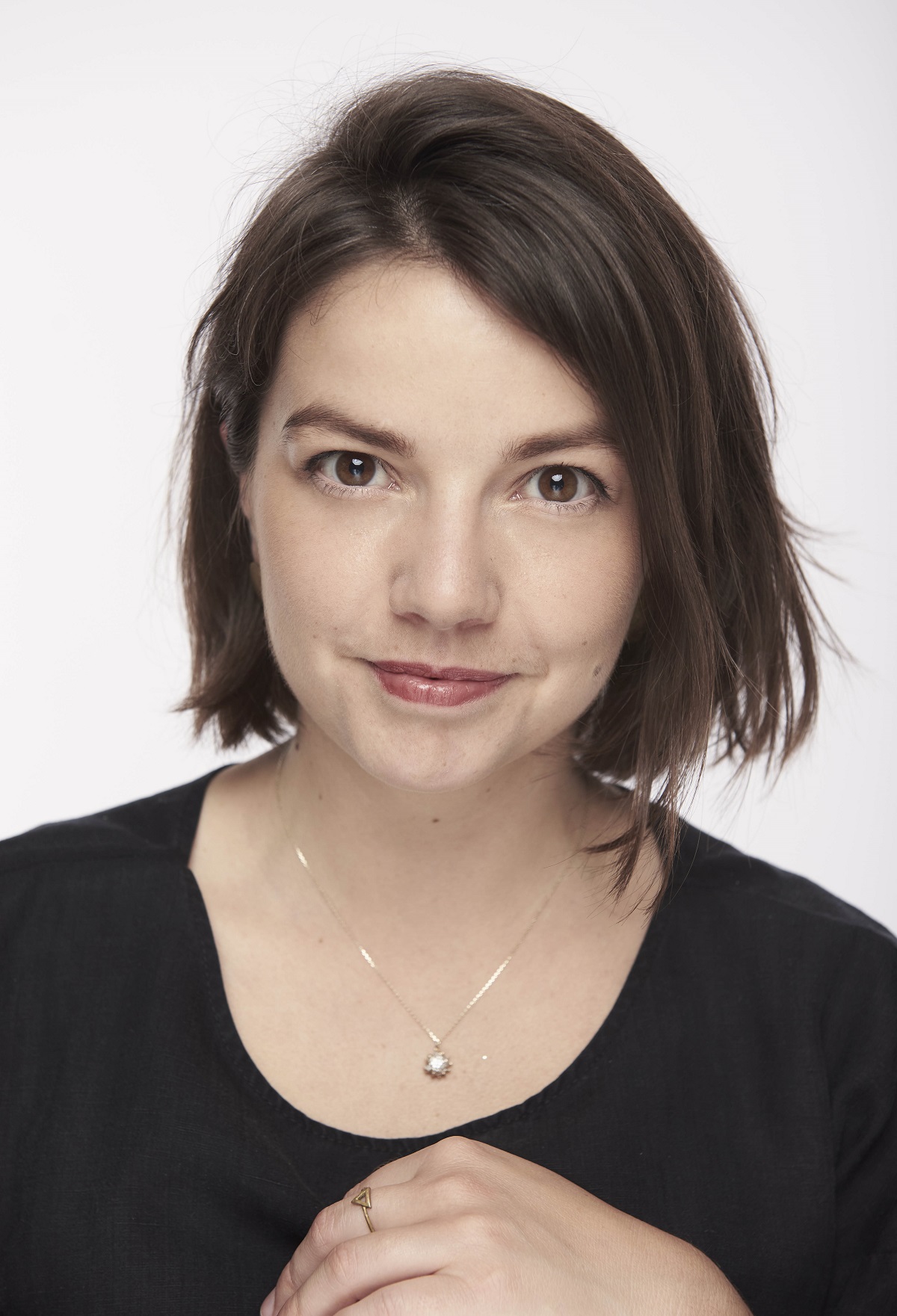 Cellist Stephanie Tress graduated from the Joint Course at the University of Manchester and the Royal Northern College of Music in 2014 with First Class degrees from both institutions. She received a number of prizes and notably won the Sir John Barbirolli Cello Competition (2013). Prior to that she studied at the Hochschüle für Kunste in Bremen, Germany, with Alexander Baillie and at the RCM Junior Department with Michal Kaznowski.

As a soloist she has performed the Elgar, Dvorak and Saint-Saens concertos several times with orchestras around the UK, including at the Battle Proms to an audience of 10,000 people. She has also played Martijn Padding’s concerto “Last Words” with the New Music ensemble Vaganza.

Steph is the cellist of the contemporary music group House of Bedlam, which performs experimental music in eclectic venues and gives a biennial course on the Britten Pears Young Artist Programme: Composition, Alternative Performance and Performance Art. She has been featured on BBC Radio 3’s The New Music Show a number of times with House of Bedlam, as well as more recently with a live cello trio performance from Café Oto and in a specially commissioned duet with the soprano Juliet Fraser.

Steph is principal cellist with Sinfonia Cymru, with whom upcoming projects include all of Beethoven’s Piano Concertos (for BBC broadcast), and a concert of contemporary music she curated herself, including music for cello with electronics and BACH bogen (curved bow).