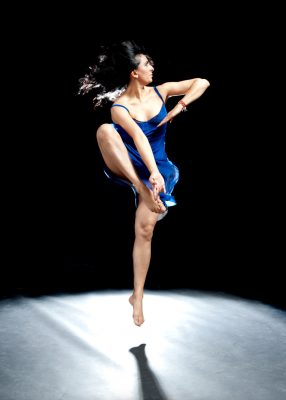 Mayuri, Artistic Director of ATMA Dance is an experienced South Asian choreographer and Bharatanatyam dancer.  She has a strong track record of creating high quality cross-disciplinary work that has a truly omni-cultural appeal for a variety of settings and audiences. Mayuri regularly collaborates with international artists, musicians, designers and multi-skilled performers.

Highlights include a 24-date national tour of Sivaloka, a quintet, with sound recorded live at the Elephanta Cave Temple, Mumbai supported by British Council India; several commissions from organisations such as The Royal Opera House (Forsaken to music by Verdi; Tiger-Bharatanatyam based on extract from an R.K Narayan novel;  Ex Nihilo with sound captured in CERN by Bill Fontana; The Human Edge with music by New Delhi’s Midival Punditz; Vac II with music by Peter Garland); curating Art to Dance, a six-month long exhibition at Southampton City Art Gallery; Erhebung, an art-dance-sound installation based on T.S. Eliot’s Four Quartets at MIMA, Great North, British Museum; creation of The Magic Fish, Mayuri’s first touring work for children and family audiences based on a classic Indian flood myth; and Eve Rising, a solo for the South Asian Contemporary Strand of BBC Young Dancer 2019 in collaboration with musicians from the Royal Birmingham Conservatoire. This work was selected by Sadler’s Wells for performance at Latitude music festival.

Between 1998-2008, Mayuri co-created and performed in over 10 duet and ensemble productions as part of ANGIKA with Subathra Subramaniam. Their works toured nationally and abroad, taking in festivals such as Frankfurt Book Festival; Tanzhaus NRW Dusseldorf; Kampnagel Hamburg; ccbe Antwerp; Lille 3000 and Sziget Festival, Budapest. Between 1999 – 2001 she created and performed three duets for dancer and violinist with Anthony Marwood entitled, To Paganini, The Fifth Veda; Force of Play and Obsessus featuring music by J.S. Bach and Sergei Prokoviev.

Mayuri is currently developing a strand of work that widen children’s experience of Bharatanatyam dance and Indian literature. These include forthcoming works, Spy Monkey, a touring show based on the Ramayana with hip hop; Dancing Mudras, a suite of three films; and the creation of Young ATMA (young souls), a digital space for children and family audiences.

When I first heard Watkins’ Four Fables it struck me how beautifully the score lends itself to dance. In collaborating with the Gould Piano Trio, and Robert Plane, the momentary silences between the four movements became an unexpected part of the music and dance performance too.

Although we’ve come together for the first time, it feels like we have worked together for years. Surely a sign, I believe, of a wonderful, natural creative partnership between such different disciplines.

The dance movements are inspired by the french sculptor, Germaine Richier’s La Griffe. The abstract, interconnected movements between both the dancer and the musicians, invite the audience to see the music; and to draw their own meaning of this new work, which we’ve all so enjoyed making for you.
— Mayuri Boonham